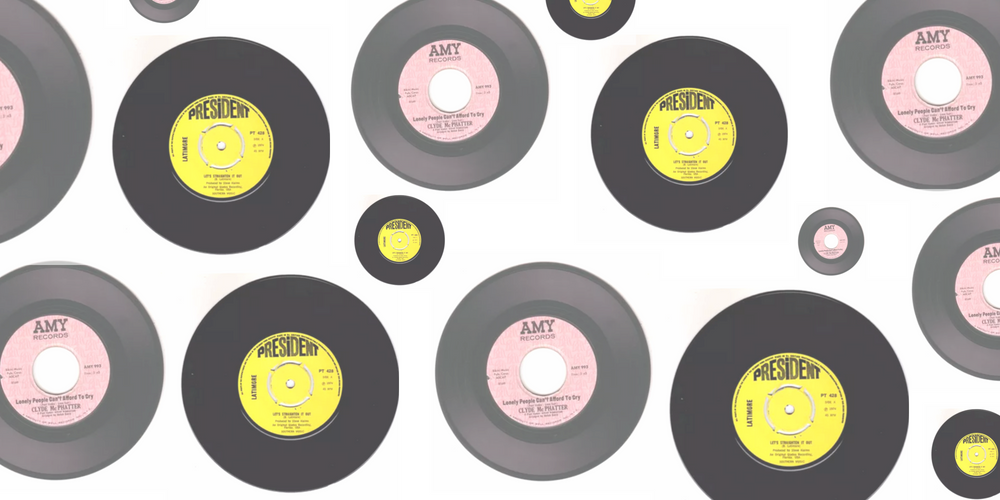 If you’re a big fan of northern soul music, you’ll recognise John Manship a world-renowned collector of rare soul vinyl. This post will take you through some of John Manship’s favourite records, including a great story about told by the legend, John Manship himself.

One of the greatest record dealers on the planet, particularly in the 70s, 80s and probably the 90s, was a guy called Rip Lay who had conquered California. He had millions and millions and millions of records. He was a great guy with a massive, massive personality. He was always a joker. I first met him in 1976.

I remember one time, when we used to go for dinner he would say silly things like “Cliff Richard party” or because he was a big Rol Donna fan, “Rol Donna, a party of two” and he was such fun to be with. There was a time when we used to go down to his local barbecue pit and he flirted with the waitresses in there outrageously. Totally outrageous but he was really good at it. He was a very, very personable guy, very likeable and he just got away with murder.

So anyway, one night he flirted with the waitress. He said “what time are you getting off?” and she said “well, I’ll be finished about ten-ish” to which he replied, “well, I’ll give you a lift home.”

So I’m sitting there thinking “yeah, yeah” but anyway, we got in the car and he puts a cassette on. He knew exactly what he was doing, it was already all set up. The cassette plays this great guitar instrumental. It was just wild, it was amazing. He said, “this is Johnny Guitar, this is you isn’t it Johnny?” to which I said, “yeah, yeah.”

Well, of course, she then started to ask, “well how long have you been with Cliff Richard?”. I said, “well, must have been about 15 years now.” Sadly, all lies.

We pull up to the house and she invites us in for coffee. As she goes in I say to Rip, “if she’s got a guitar on her, I’m going to kill you.” I cannot play a single thing on the guitar so the fear in my body was real. He was funny.

Anyway, so that brings me onto my first favourite record…

1. Latimore – Let’s Straighten It Out

This was the first record he showed me. It’s a great deep soul record, a 1975 classic. He would shock me because he was a really do-what guy but would play amazing records like this.

I also like Beat Ballad Heavens. I’m a sucker for listening to crackly, raw voices.

4. Clyde McPhatter – Please Give Me One More Chance – Decca

This is referring to the album track only. It’s a masterpiece incorporating a bank of strings to carry his masterful voice from one high to another. Sadly it is less than 2 minutes long, but still firmly sitting in my top 5 of all time.

One of the most loved of all 60’s Soul artists with a B-side crafted by the great Don Davis and his “Groovesville” productions. This 45 is drenched in beseeching emotion and stands not only as a great Northern Soul dancer. It is also one of the greatest testament to that “man in despair” narrative, that Soul music lends to so well.

When it comes to thinking about your favourite 5 records, I honestly think that any soul collector or soul record dealer, without sitting down and thinking about it, then writing it down and telling you, you’ll end up giving 5 different records each day.