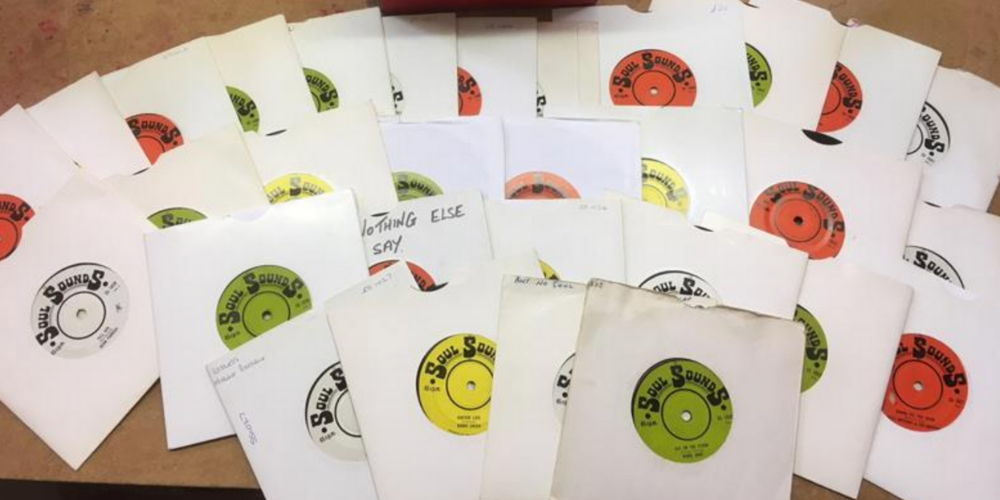 For the very first time in the history of Northern Soul collecting, we’ve stocked a full set of UK Soul Sounds 45’s in our auction. Find every single 45 small hole centre, each in EX to Mint condition.

What Was The Soul Sound Series?

The Soul Sounds series was a misguided enterprise by a young Leicester Soul Boy who bootlegged 30 of the most-wanted Soul dance 45’s during 1968/69.

Selling them at the all-nighters like The Twisted Wheel, Nite Owl to eager MODS. To Record Shops in Manchester where they were hastily “dinked” and cheekily described as “imports”, they appeared on Market Record Stalls in Leicester and they sold like hotcakes… 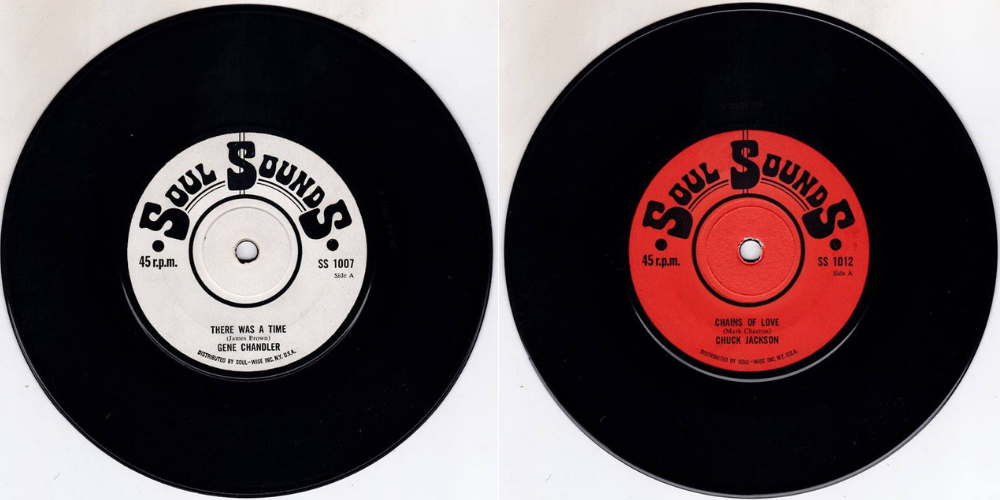 How else were you supposed to acquire Leon Haywood – Baby Reconsider, Alexander Patton – Lil Lovin’ Sometimes, Dobie Gray – Out On The Floor, Gene Chandler – There Was A Time, Incredibles – There’s Nothing Else To Say? All absolute monsters of a burgeoning but embryonic Northern Soul scene.

In 1968 access to the USA for young Soul boys was just a distant dream. So this series, the very first Northern Soul bootlegs, allowed collectors and provincial Soul DJ’s entry to play and own all the most-wanted Northern Soul monsters of the time.

Pressed in top quality vinyl at President Records, the sound reproduction is impeccable. In fact “Baby Reconsider” Soul Sounds 1001 his first release the quality outstrips most of the styrene originals of today. It certainly put that awful Fat Fish bootleg to shame. 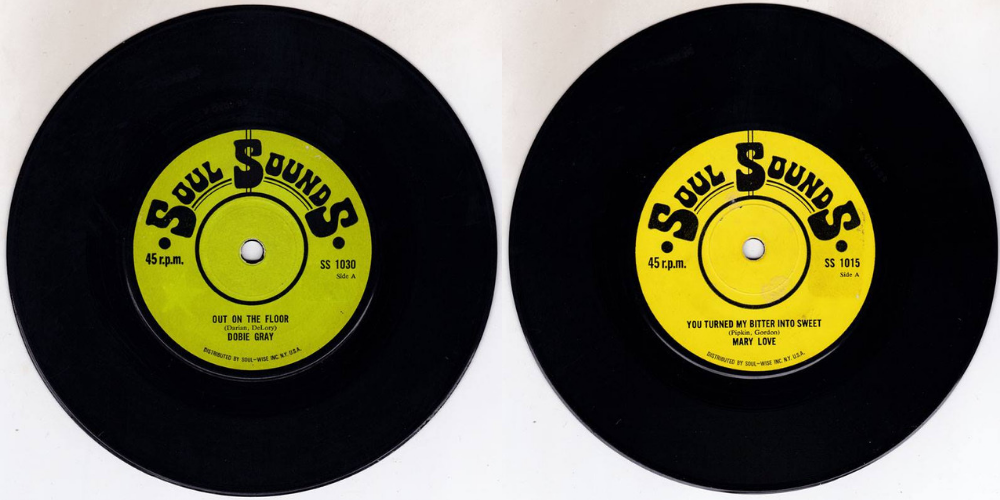 Today to old-school collectors the Soul Sounds series is truly iconic, very few can boast of owning all 30 especially with the small hole centre intact. An un-dinked Soul Sounds 45 is a thing of beauty. Some will not understand how a bootleg can cause such emotion. But for many like me as a 16-year-old, digging on Leicester Market Stalls it was a rare but most exciting moment to find a Soul Sounds 45, as every one of the series is a winner.

The euphoric recall triggered by these little critters is warming, to find a whole complete set in one box, completely “toasted” me. Even the aged cardboard sleeves have that irresistible aroma that Chanel has been so desperately trying to replicate.

Cobwebs, musty plastic, vinyl and storage weary covers, I had to put my nose in and take a deep sniff of Northern Soul History. It’s an old-school thing and a part of this most inspiring music world of Northern Soul – a retrospective high awaits the new owner.

You can shop the different Soul Sounds records below: