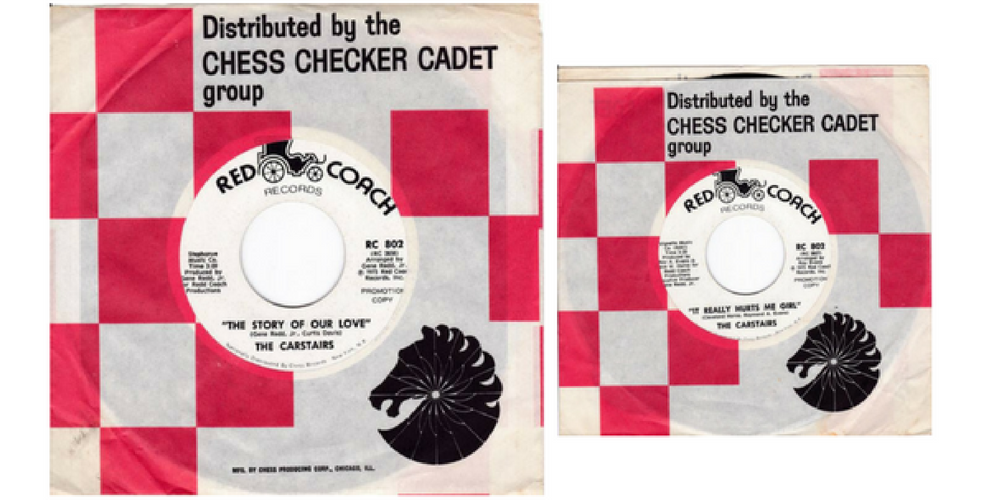 All Northern Soul is pretty great, though there are those few records that many collectors will agree are northern soul classics. ‘The Carstairs’ is just one of them. This article will explore Manship’s thoughts on this rare soul vinyl record and why he believes it to be such a trendsetter.

Why Is ‘The Carstairs’ A Northern Soul Classic?

It has dismayed me over the years that a few NS dealers and even fewer collectors have, in the past, tried to rewrite the facts surrounding this Soul masterpiece. Some vinyl collectors declare a copy with an etched in STERLING matrix is also an original when blatantly, it’s a counterfeit – although it may be a convincing one.

In the above image, you can see the coveted authentic STERLING STAMPED original PROMO vinyl press. The scratched in STERLING matrix copies are counterfeits, which by now, everybody and his dog knows. So, why anybody would ever try and convince the NS collecting public otherwise? The sad fact that DJs are trying to state there were two legitimate promo presses of this Blackpool Mecca anthem, is quite puzzling. The STERLING STAMPED original promo copy is the only original DJ copy. The others unfortunately fake.

Having said that, the power of this monumental 45 had such an impact when John Anderson of Soul Bowl imported it into England circa 1974. Its exquisite qualities triggered many different but captivating tales on how it was found. A much more exciting adventure on how it was first discovered was not by a not-that-dedicated, Scottish vinyl-guru, but by a British DJ cruising the streets of The Big Apple. By the time I heard it down in the backwoods of the East Midlands, this had already been an incorrect recall of a now utterly twisted tale. The version of the story I heard, went something like this:

How I Know The Story

This now fabled tale, tells of a DJ hearing it first on his car-radio in New York. (I thought it was actually Miami). He was so blown away by it, he made it his vacation mission to track the group down, to get a copy – just a solitary copy mind, not a handful. He, in fact, called the Radio Station in his attempt.

The story triggered visions of this great song transforming a British bunter-esque figure into Warren Beatty as “Dick Tracey”, trying to track down a 45 in a concrete jungle and with so little time to do it in. How exciting! He trawled through telephone directories and made endless investigative calls before setting out into the labyrinth of pre-GPS New York on the trail of “The Carstairs” with relentless Private Dick zeal and determination.

A real epic adventure whispered through the halls of Northern Soul for decades. It was embellished every time in it’s telling. Eventually, it was bearing no resemblance to the truth, (whatever that may be…), but added to its already legendary mystique.

On the other hand, John Anderson was undoubtedly for decades, the catalyst for the vast majority of Northern Soul discoveries for the UK. I personally think, not as exciting but certainly more accurate, that John can add this classic to his already unsurpassed list of Northern Soul finds. I do love the comic strip styled exploits of it was “first heard on the radio” and “then the chase was on”. These stories ignite visions of “Hello Gentlemen, where are The Carstairs?”

In defence of our intrepid hero, he was the first DJ to champion this ‘outside the NS box’ recording, at the legendary Blackpool Mecca and it became an absolute dancefloor monster. It is still heralded today as not only an all-time NS great but for many, a ‘litmus-test’. It validates who, among us, had real-Soul running through their bones.

After all, if this northern soul classic doesn’t take you to a place where you might be tempted to dream up your own fantasies of discovery, then Soul could only be a thin lacquer on your being.

It was a trendsetter, a game-changer, a life-affirming moment and a transporter of emotion; a record worthy of differing fables, tales and ever-changing bar-stool recollections.

Rare Soulman has been supplying collectors worldwide with rare vinyl records since 1969. Explore the range of soul vinyl on offer, using the links below.