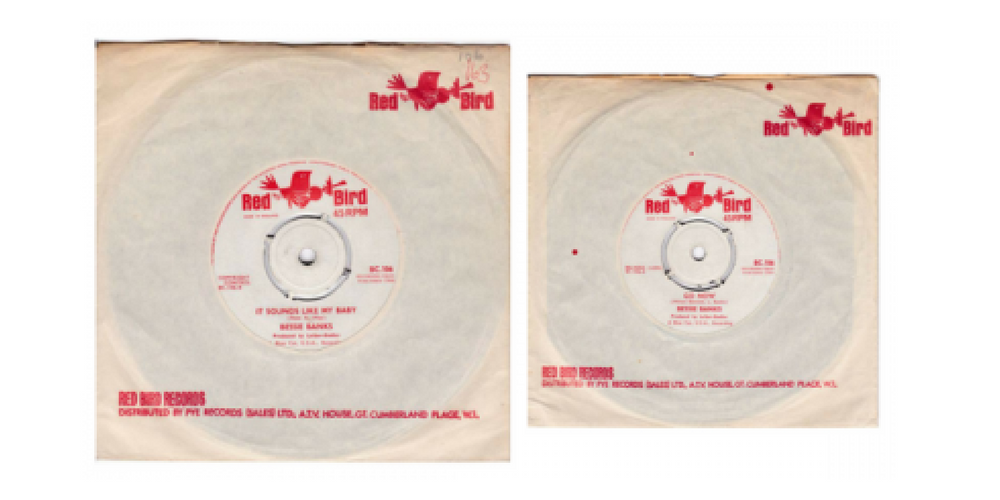 Every vinyl DJ will have those select few or many, vinyl that they remember experiencing like it was yesterday. This article is taking you through Manship’s thoughts on Bessie Banks “Go Now”, produced by Red Bird Records.

Most all Soul fans consider this rare soul 45, as one of the many injustices of the British music industry. Why? A truly talented New York team constructed not only an all-time classic but also one of the greatest Soul Sister recordings of all time. Only to witness all of their skills and genius evaporate as a parasitic, “cuckoo-esque” version overtook the momentum of Bessie Banks “Go Now”. It was almost instantly adopted by the MODS as the nationwide Soul Club “last record”.

In 1964 when Moody Blues band member Denny Laine heard this powerful statement of Bessie’s, he allegedly told the rest of the Moody Blues “We need to record that song”.

Soul fans, of course, would have preferred him to say “We need to record records of this calibre” we need to be inspired by the likes of “Brill Building” students like Milton Bennett, Larry Banks, Garry Sherman, Jerry Leiber & Mike Stoller. “Let’s write some songs to rival this absolute masterpiece.” Of course, the later wasn’t said.

That scenario would have been in an ideal world. But, in the real word they decided on creating a note for note, bar for bar, word for word replica. Hence wisely deciding, it was a song, that could not be improved upon. The Moody Blues even chose to copy Lulu Reed’s “It’s Easy Child” for the flipside.

When the powerful machine of Decca records released and film promoted the record, one of the saddest events in Soul music history took place. The sales of Bessie’s original collapsed, both sides of the Atlantic and Bessie a blossoming, standout Diva, became disillusioned. Quite rightly so, you gather up a talented team and you demo your work. Jerry Leiber, Mike Stoller and Garry Sherman re-record it, utilising the extreme talents of Dee Dee Warwick and Cissy Houston as the girl-choruses. It turns out to be an absolute masterpiece.

Then a bunch of “Brummies” plagiarise your work and change their whole career into a huge success on the back of it. Unfortunately, this was whilst “Stateside” Leiber and Stoller abandoned the intended label upgrade to Blue Cat and took a more nationwide promotion as The Moody Blues stole a march on Bessie’s superior original. By early 1965 “The Moody Blues” version simultaneously rocketed up the Pop Charts both sides of the Atlantic.

For Soul music, these were sad, sad events of 1964. Written with as much bias as I can muster, as corporate plagiarism and marketing win against sheer genius and immense talent.

We were, after all, robbed of the expected raw material, that surely would have flooded from successful Bessie and her family. Surely she would have rivalled Linda Jones in our never-ending adulation.

There are other versions by Wings with Denny Laine, Paul and Linda McCartney on vocals, Ozzy Osbourne, Simply Red and David Cassidy. I’m in no rush to hear anybody else try and emulate the brilliance of the muscular prowess the original is saturated in.

Want To Buy This Rare Vinyl?

Bessie Banks “Go Now” is available on vinyl coupled with Linda Jones. You can buy it here. Alternative Bessie Banks vinyl is also available including the following:

You can also find the Moody Blues version of “Go Now” on the Rare Soulman site.